For puppies, biting is one of their most common behaviors. Getting them to stop biting unnecessarily can be a real challenge.

When teething starts, a puppy will need several items to chew on. This helps their new teeth become stronger and healthier.

It is common knowledge that dogs would rather handle objects with their mouths and not their paws, which is a habit which form at a very young age.

It’s great that your puppy has started making use of his teeth, but it becomes a problem when they do it all the time.

Dogs have very strong and sharp teeth, even puppies, and their bites can really hurt. The bad part is, puppies may not even realize how hard their bites are.

Not to worry, there are steps you can take to curb the habit of biting before your puppy reaches a mature age. 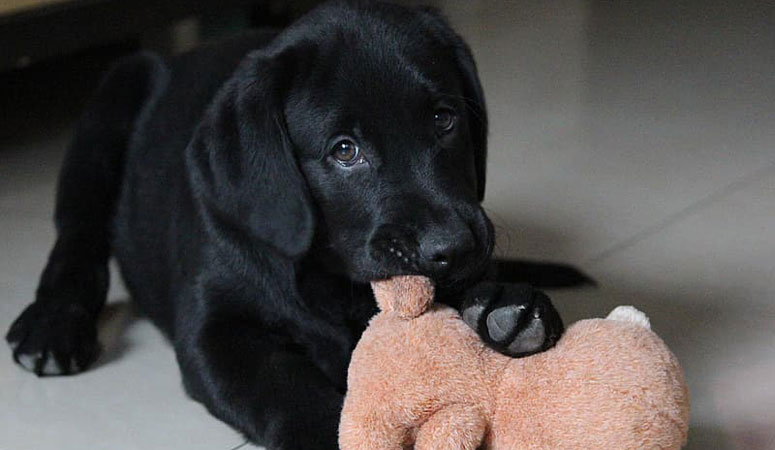 Use Body Language to Let Them Know It Hurts

You must have come across two puppies playing together before. The mouth on each other while they’re at it, and sometimes one of them bites too hard.

The puppy on the receiving end usually yelps from the pain, causing the other one to stop biting. You can use this knowledge to your advantage.

If your puppy takes a bite on your finger or toe, you can use body language to make him believe he is hurting you (even if he isn’t). Scream in pain if he bites, creates a reaction that is similar to the yelping sound a bitten puppy makes.

After acting like you’re hurt, the pup will be inclined to release you. When he does, ignore him for about 30 seconds then continue playing with him. 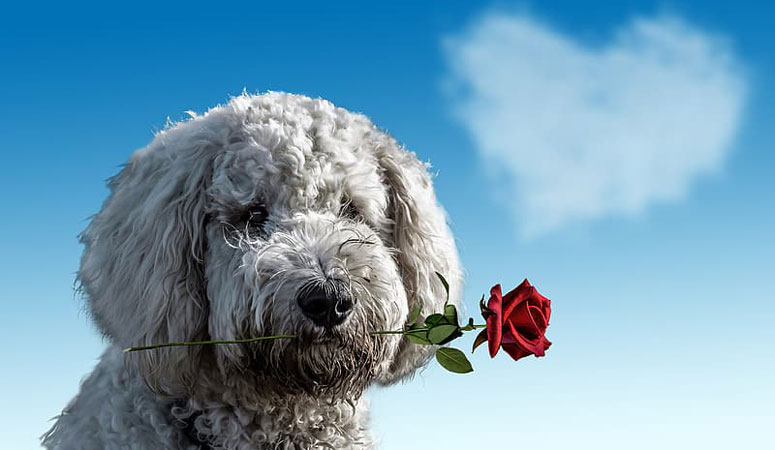 Please don’t pull away your finger from the bite, as that could be more painful. It could also trigger your pup to go after your finger again.

You can also express your pain by saying “Ow”, or “bad dog”.

If after you resume playing with your puppy he keeps his bites soft, then you’ve made some progress. Though you shouldn’t expect instant results, as dog training takes time.

The purpose of your training is to teach him that he doesn’t get to play with you if he bites hard, but he can have all the playtime in the world if he goes gentle.

Keep up the training until he learns that mouthing without biting is the only way the two of you can play. 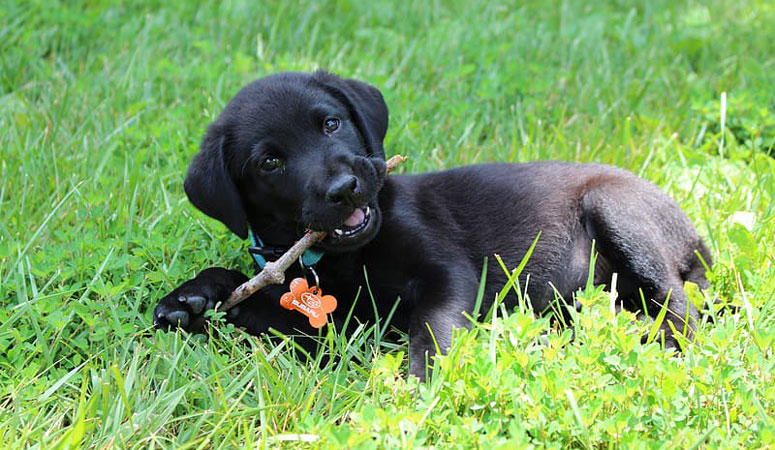 Give Him Something Else to Bite on

If you can redirect your dog’s bite to something else, then his urge to bite human skin will be reduced.

The first thing you need to do is let him know that it’s not okay to bite your skin by pulling your arm or leg away anytime he tries to bite. By doing this constantly, he will understand that you don’t like his mouth making contact with your skin.

You can get a chew toy and give it to him anytime he tries to bite. Keep waving it at him until he is tempted to bite, that is if he doesn’t go after it immediately.

Be sure to buy a chew toy that can match your pup’s level of destruction. If he destroys a chew toy in a matter of minutes, then you need to buy one that is much stronger so that it can last. 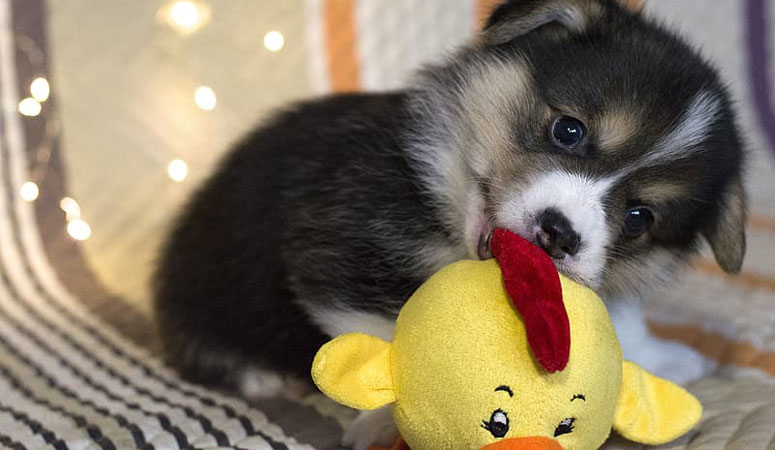 A chew toy made of hard rubber and plastic is your best bet.

You can also satisfy his biting needs by using non-contact games, such as tug-of-war and fetch.

These games will keep your pup pre-occupied with biting other items, but not your body parts.

We have to mention though, it is very important that you teach your puppy to let go of the play items during, and when the game is over.

Use authoritative voice commands like “let go” or “leave it” to let him know it’s time to release the item. Failure to teach him this may cause you more problems later, as he may become aggressive anytime you try to take something from his mouth. 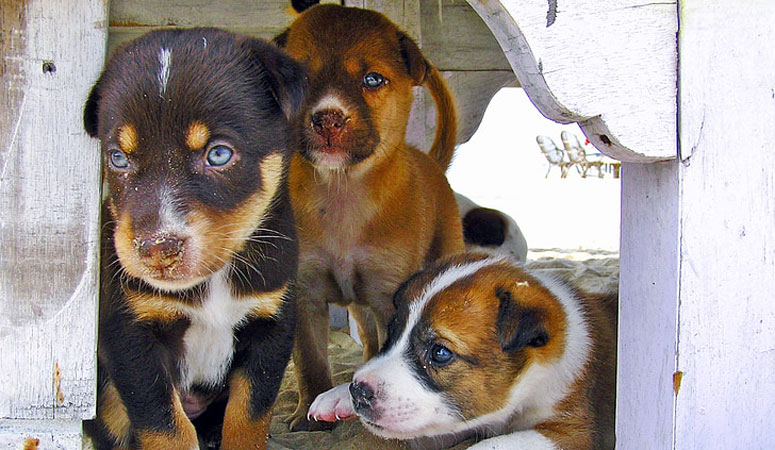 Let Him Spend Time with Other Dogs

If possible, have your neighbor’s dog come over your yard so your puppy can have a playmate. Vaccinated adult dogs are fine, but getting other puppies will be a better idea.

This will help your puppy become more social, and the other pups will let him know when the bites are too hard.

As we mentioned earlier, a puppy on the receiving end of a hard bite will yelp, and this will cause the biter to stop. When your pup bites harder than he’s supposed to, your neighbor’s dog will yelp, and he will be forced to stop.

If they resume playing and he bites hard again, the other pup may lose interest in playing with him. This will help him learn which bites are hard and which are soft. 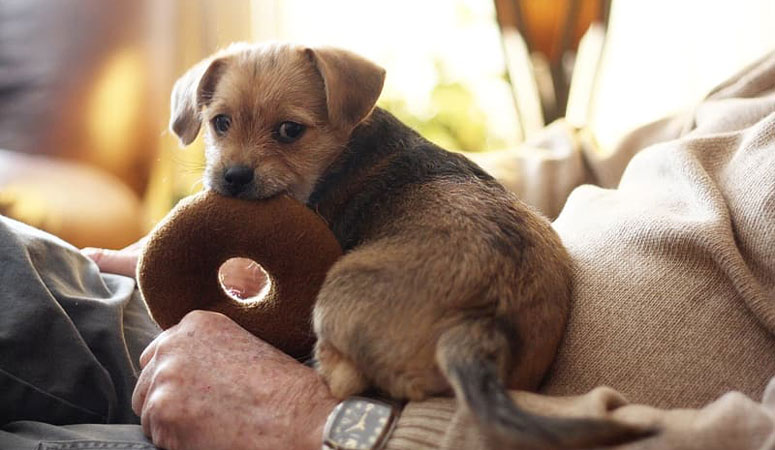 To be honest with you, some puppies are harder to train than others. If you employ all the above tactics and they all fail, then you may need to get an expert.

A behaviorist has had years of valuable experience dealing with both young and mature dogs and they will know exactly what to do regarding mouthing and biting in your young puppy.

Maybe you have been using unsuitable toys, or maybe you need to master your voice commands. Either way, an expert would know just what to do.

They could also recommend some deterrents that are available for sale in pet stores.

You will need to have a budget for their services though, as they don’t come cheap or free.

But hey, if it gets your puppy to stop biting then it’s money well spent. 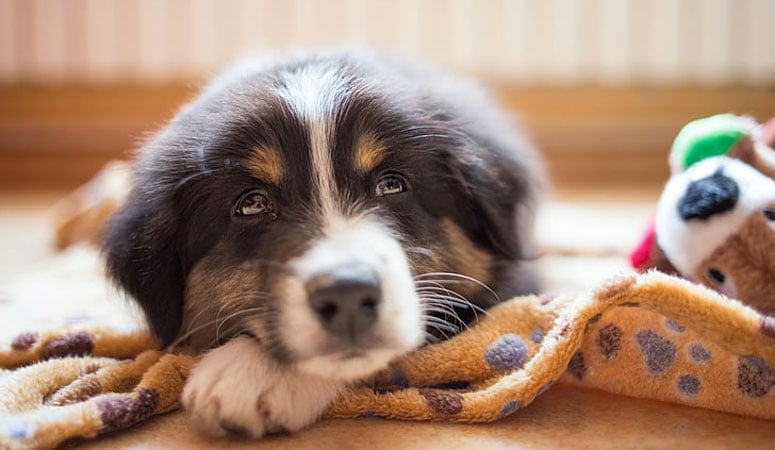 Mouthing and biting are very common behaviors in puppies, but the habit should be curbed before they reach a mature age.