How to Treat Aggressive Behavior In Dogs

Home Dog Behaviors How to Treat Aggressive Behavior In Dogs

It is not strange for us to hear or see dogs bark or bite. Dog bites are very powerful and can cause severe injuries to a person. If your dog bites someone else, say a complete stranger, then you may be left with a huge medical bill and a lawsuit on your desk.

The question is, what prompts aggressive behaviors in dogs? Keep reading, as we will be looking at reasons why dogs can behave aggressively and how you can train your dog to be friendlier. 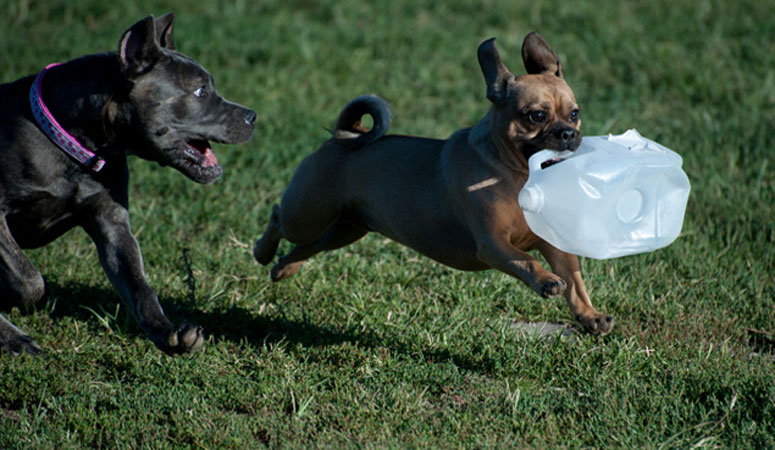 Reasons Why Your Dog May Become Aggressive

Below are the major reasons why dogs display aggressive behavior.

Some dog owners have a habit of hitting their dogs anytime they do something wrong. Domestic offenses could range from pooping in the living room to chewing up a pair of shoes.

When they catch their dogs in such acts, they make the mistake of hitting them as a form of correction or to express their displeasure.

Doing this constantly could make the dog do one of two things – afraid of you or aggressive.

If it is the latter, then the dog will bare his teeth, growl, or even bite if the owner attempts to hit him again. 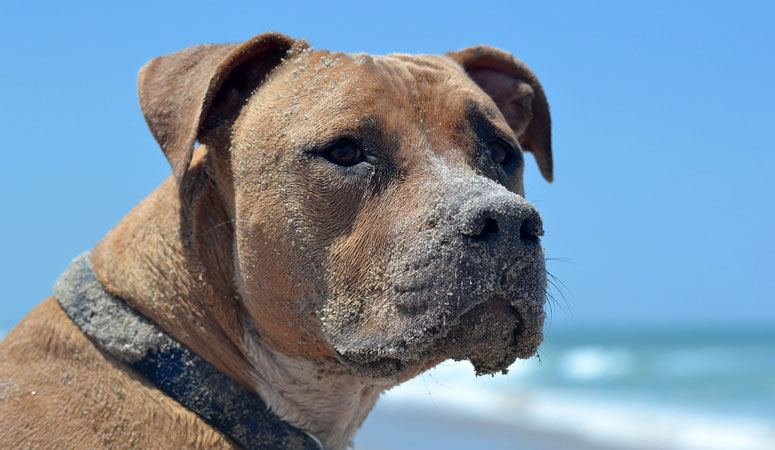 They don’t call them “man’s best friend” for nothing. Dogs are very attached to their owners and can become extremely aggressive to anyone who invades and tries to attack the owner.

Two dogs of the same gender can go at each other in a case where there is a dog of the opposite sex they are both trying to mate with.

Dogs are territorial animals and may snap at intruders, especially if it’s another dog. They only get along with the owner and other residents of the house.

They can also get along with dogs they grew up with or a dog that has been familiarized.

A first-time visitor may not receive a warm welcome from the in-house dog.

Protecting Their Food or Items

If you try to take away, say, a bone from a dog’s mouth, he may growl or bite. Same as when a person tries to take his favorite toy away from him. 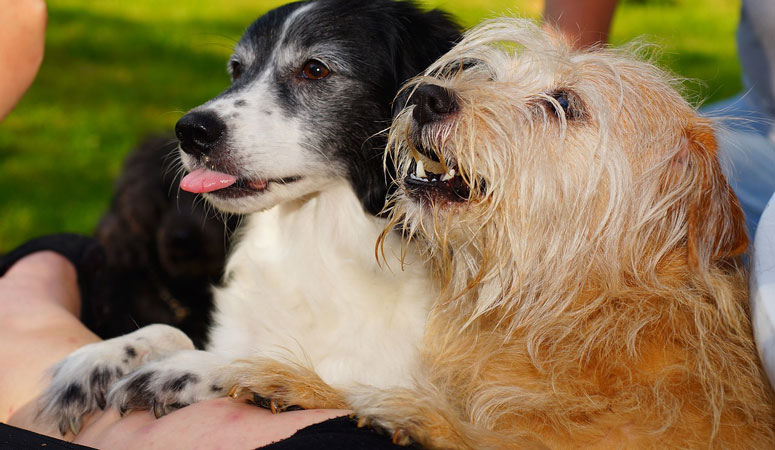 A scared dog can also be aggressive. If it is being chased by a person who is used to bullying him, he could snap when he is cornered and has nowhere else to run to.

The last resort would be to attempt to scare the person away by baring his teeth or barking.

If a dog is kept isolated from visitors or other dogs, he may not understand how to make friends. On the other hand, he may become aggressive towards them.

This type of aggression may be displayed outside your home. A dog could bark or bare his teeth at other dogs he comes across when you take him on walks. He can also display the same attitude to people on the street.

If a dog is constantly kept on a chain or in a cage, it may lead to frustration, as he cannot move as much as he would want to.

His frustration might transform into aggression towards the owner or anyone who comes near it.

If the dog is out and the owner tries to force him back into his cage or restrain him with a chain, the dog might snap in an attempt not to return back. 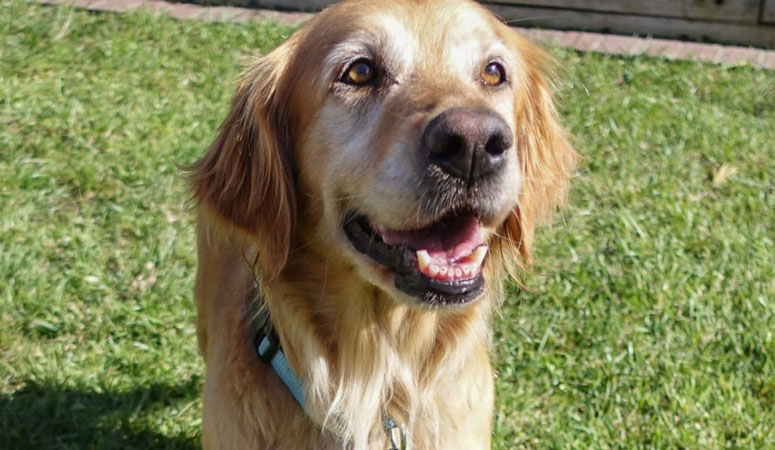 How to Prevent Your Dog from Being Aggressive

There are simple tips you can use to keep your dog’s aggression to a minimum. While it is almost impossible to rid a dog of all aggressive behavior, there are some that can be easily prevented.

Do Not Hit Your Dog

A dog is an animal with strong jaws and teeth, and they know how to use it. If you keep hitting your dog for bad behavior he may snap at you one day.

During training, it is better to correct your dog’s mistakes with voice commands, as opposed to hitting.

Develop a strong voice command like “Heel”, “Sit”, or “Stop” when he behaves badly. You can also use phrases like “bad dog” to let him know what he has done is unacceptable.

You should also reward him with a treat anytime he does the right thing, but beating should be completely out of it, as it will only make him scared of you or aggressive towards you.

You should also let everyone at home know they are not supposed to hit the dog. Update them with the voice commands you use and ask them to use it on your dog when he behaves badly. 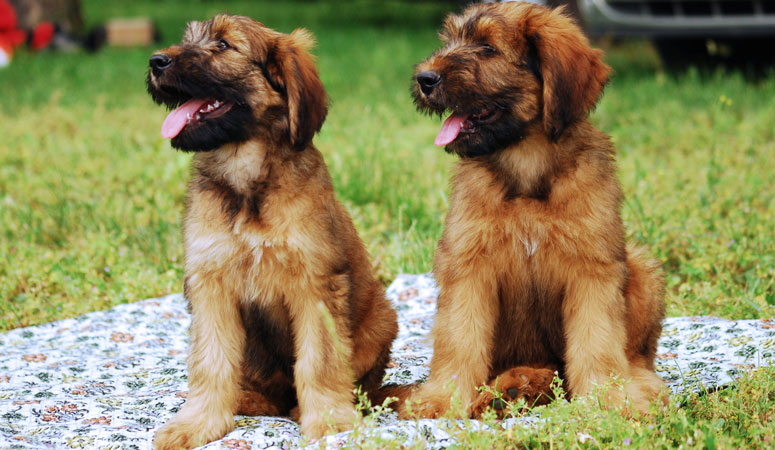 Allow Him Mix with People and Other Dogs

If your dog is anti-social, then he has not mingled with enough people yet.

When he is young, allow your neighbors to pet them every time they visit. You can also take him to your neighbor’s yard so he can play with the dogs there, and vice versa.

Also, make it a habit of taking him to the park to play. There he can mingle with people and other dogs.

This will make him less aggressive towards people and dogs when he grows into an adult.

If all your methods fail, you can choose to hire the services of a professional behaviorist. They are experts in dog training.

This case may be that your dog is suffering from some kind of mental illness, and you are in no position to figure it out yourself.

Constantly caring for your dog will help him develop a lovable character. Be sure to give him his regular baths, play toys, walks, runs, and engage him in games like “fetch”.

Dogs can be aggressive for many reasons, some of which we can not control. Understanding will help you learn about what makes your dog snap. Use your observations to eliminate all triggers or make them more tolerable.

We trust this article on dog aggression has been helpful.