Calling all homebodies! If you’re retired or work from home and your idea of a night out is a night in, we have just the pup for you! Yoshi is looking for his soulmate(s) and will gladly be your cuddle buddy for movie nights, the co-host of your in-home book club or knitting crew, and/or your … devoted gardening assistant! In return, he just asks for a little patience with his anxiety, a good supply of snacks, and the chance to sunbathe! This quirky little guy has bounced around quite a bit in his life: from shelter-to-shelter, home-to-home, and even some time on the streets. Yoshi has developed some severe anxiety due to all of the uncertainty in his life thus far. Sadly, he has also endured some aversive training from a previous guardian, which resulted in him hurting himself. However, since Animal Aid has moved him into foster care, he has been paired up with a foster and dog training volunteer who both report he is making great progress with fear-free training! He is also incredibly food motivated, which has been so helpful in working with him. He has a history of lifting his leg on a couch corner or two, but if you have the ability to take him out every 2-3 hours or if you’re able to give him frequent access to a fenced area, Yoshi does his best to hold it in. Likes: His people, treats, and sunshine! Yoshi loves to follow his people around the house, or just check-in to make sure he knows where they are. He also enjoys laying near a window full of sunshine or keeping watch over the home through the front window. Yoshi would be the perfect friend for someone who is home all of the time, as he is the definition of a velcro-dog! He loves all food and enjoys eating his meals in a snuffle mat, which is a great mental exercise for him and keeps him busy for a bit. Be sure to check out his videos! Dislikes: Being left alone, other dogs, restraint, and car rides! Yoshi can coexist with other animals as long as they keep their distance. As soon as another pup shows interest in him, Yoshi will become overwhelmed and reactive, barking and growling to get the other animal to back off. Yoshi will sometimes redirect his reactivity to his handler or his leash when he is triggered, but he is easily calmed down with a treat and a break. Looking For: A home that has at least one person to keep him company all of the time! He’s also looking for a patient and gentle someone who will keep up his medical management plans (and forgive him for the occasional potty accident) so he can live out his days in bliss! Medical: Following an appointment in August 2021 with the Heart of Oregon Veterinary Cardiology team, Yoshi was diagnosed with: Moderate Degenerative Mitral Valve Disease/Mitral Endocardiosis and severe dynamic tracheal collapse. They also confirmed he has no congestive heart failure, but he does have an enlarged heart with a grade 3 heart murmur. Due to a period of time prior to Animal Aid when he was severely overweight, Yoshi has developed arthritis in his spine, hips, and knees. He also has luxating patellas in both knees, which is fairly common to his breed and dogs of his size. Yoshi has been prescribed multiple medications to manage his heart, trachea, anxiety, and arthritis. He has also begun weekly Physical Therapy treatments with our friends at Amicus Animal Rehabilitation to help relieve any discomforts and build up some overall strength. Yoshi is not a dog that is going to be able to fully recover from his ailments, however he is still young and has a lot of life left in him! Estimated Birthdate: 2/1/2014. Weight: 17 lbs. Helping Hands & Amicus Physical Therapy: In an effort to help this boy find his perfect furever home, Animal Aid has approved Yoshi as a Helping Hands Grant candidate. The normal criterion for Helping Hands is a maximum of $100/month reimbursement of vet bills, medication, or behavioral help for up to 12 months. Additionally, Amicus Physical Therapy has offered a free examination or discounted therapy package to support Yoshi’s comfort and longevity! 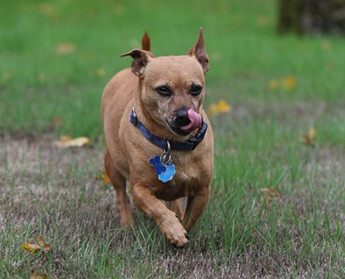 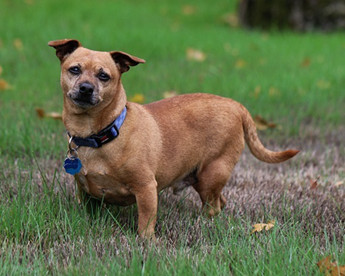 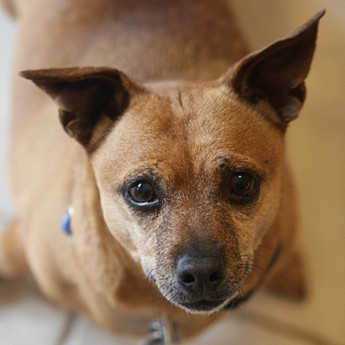 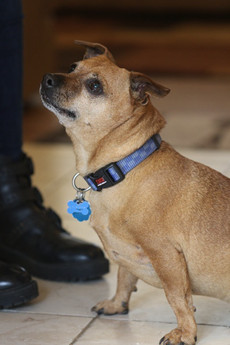 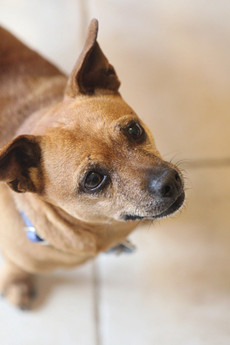