(All notes supplied by Jack’s current owner – we are listing Jack as a courtesy to him. If you are interested to find out more, please contact Brian directly.) Jack is 6 yrs, and 3 months approx. old, 67 lbs. And he is located in Edmonds, WA, 98020 He is neutered, and no monthly worm/flea/tick … treatments. Jack has epilepsy, so he takes Zonisamide, 100mg capsules: 2 orally morning, 2 orally evening (12 hr) with peanut butter. Jack has a low threshold for seizure, meaning missing several doses will result in major tonic-clonic seizures. They are terrible to witness. Zonisamide runs 50 cents/pill, so $2.00/day, $60/month, $720/year. Phenobarbitol is cheaper, but Jack has only taken Zonisamide since being diagnosed in March, 2017. He had two seizures (03/2017, 06/2017) before treatment started, and has had three breakthrough seizures (the first breakthrough was during trial treatment- dose was doubled to current dose; the next two seizures occurred after I missed several doses). He has not had a seizure since March, 2018. Jack has a very, very high prey drive, in addition to fear/anxiety of strangers. He will most definitely be aggressive towards dogs, even if he is riding in the car and sees a dog on the street. He has ripped the door paneling completely off the passenger door with one bite when he gets triggered. He appears friendly/interested in strangers, wagging his tail but will most definitely give warning bite to the hand of anyone who gets close to him, within 3-5 feet. EXTREME CAUTION with strangers! NO ONE should be allowed within 6-8 feet if new to Jack. ABSOLUTELY NO CHILDREN anywhere near this dog- he can lunge so quickly and powerfully when he is inclined. NO EXCEPTIONS. If he knows the person, he is affectionate . Jack is used to early morning (between 5 am to 7 am) walks. Morning walk M-F 40-50 minutes, with hills, suburban and park environments. AVOID other dogs, people running/cycling- he lunges at moving people/animals- dogs, birds, rabbits, squirrels. He lunges at slow moving cars. 20-30 minute lunch walk suburban/park. Weekend winters one day at cross country ski trails that allow dogs 1-2 1/2 hours on trail. Summer weekend walks 50-80 minute walks, beach walk with super low tide (at hours with minimal people). Trail hikes are risky if trail is narrow as little room to pull dog off to make way for other hikers/dogs. Jack is much better with pinch collar and water spray bottle. Jack spends most of his day indoors, but has a wooden deck at home to lounge outside for hours in spring, summer. Jack is rarely left alone, as he is accustomed to staying at my office M-F- behind a gate. On sunny days, he can lounge outside on leash attached to side door. He gets regular attention and treats from employees. Walking Jack is a challenge. Much less pulling/lunging with pinch collar over last three months. He is very reactive to other dogs and any animal/insect/moving thing. Many oppose use of pinch collar, but for control purposes, it is currently effective. Eventually, some other collar will be fine. He is extremely wary of guard muzzle, but must be in muzzle in public as of May, 2019. This aversion is why I’m looking to place Jack in new home. Jack is very sensitive and has numerous no-go zones: tail- beautiful and curled and fluffy and don’t play with it; lower tummy by genitals- he’s very private. He does not like behind getting wiped when he has soft/wet stool on long coat. Don’t try to pick him up- he will aggressively resist. He does not enjoy bathing, does enjoy his teeth getting brushed (Petrodex with red label). Jack rides in the car seven days per week. For Vet visits, he needs multiple meds for sedation- mainly to get muzzle on. If not sedated, Jack is aggressive in the waiting room if other dogs are present (they always are). He is very nervous in the exam room. He has taken Trazadone and Gabapentin and gets mildy sedated, but not enough for muzzling. Valium, Trazadone, and Acepromazine allowed muzzling. Needs four hours for effective sedation (Vet claims two hours, but I have not seen that work for this dog). He will forcefully resist examination even when sedated. Muzzle must be on very tightly. After five years of ownership, on May 1, 2019, Jack bit a woman on the leg that needed stitches. In the eyes of the woman, and the Animal Control office (the local police department), it was deemed “unprovoked”, and Jack was legally declared a “dangerous dog” by WA state law. This declaration is under appeal (court date 06/05/2019), but regardless, a second bite (of person or domestic animal), is a automatic class C felony for me and euthanasia for Jack. I have not seen Jack act out at home by being left alone, as he is not left longer than eight hours but a handful of day per year. If I’m out of town, I pay an employee to stay at my house so his routine and diet are uninterrupted. Due to the harsh legal consequence of a second bite offense, I am looking to place Jack in a new home that can manage a loyal, loving dog who has aggressive tendencies. 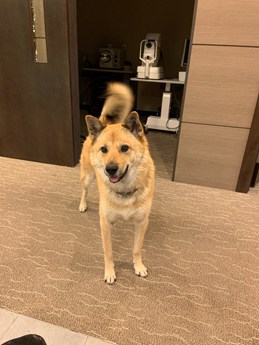 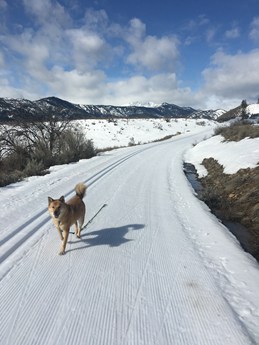 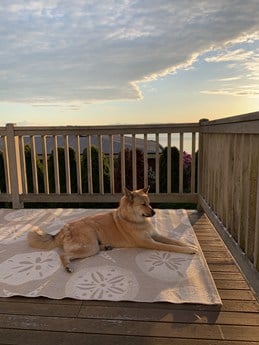 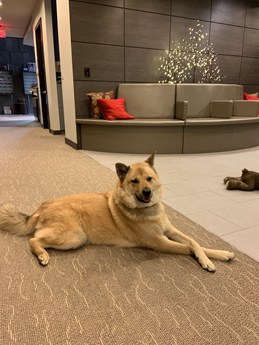 Vaccinations up to date, spayed / neutered.